On a recent debate I was in on Twitter, the topic of re-makes and re-imaginings came up. Stuff like Super Street Fighter 2 Turbo HD Remix (it’s still quite a mouthful to say), Bionic Commando Rearmed, and God of War 1 and 2. Old games with a new coat of paint, or new features added to the originals. Obvious contenders for “Games That Should Be Re-Made/Re-Released” stepped up, games like Final Fantasy 7, Metal Gear Solid, Ico, Shadow of the Colossus. Some of these, and more, feature on the polar opposite of this, my “Games That Should Never Be Re-Made” list, after the jump.

1. Final Fantasy 7. An obvious contender, and an obvious choice as to why it both should and should not be re-made. It’s probably the most-loved game of the series, and certainly the one that made millions of people more aware of the role-playing game genre as a whole, never mind Japanese-developed ones. This puts it well in contention for a remaster because A.) It’s a license to print money if they do, and B.) It will bring people back in, give gamers a chance to play an original game they might have missed out on, and they’d get the massively overhauled graphics that forever put them off playing the game in its original state.

But there’s a downside. There’s always a downside. And the downside of this is the double-edged sword of the reasons it should be done: the fans. See, people LOVE this game, and forever praise everything about it, but their fan base tends to be a bit volatile when someone doesn’t like what they do, and knocks the game. But these same fans will demand nothing but absolute perfection from Square Enix, and if one little detail from the original is lost in translation, the blue touch-paper will well and truly be lit and there will be a massive outcry of “Why did you do screw up our perfect game?”. The answer to that would be “Because you asked us to.”

See, back in 1997, that kind of game worked. It didn’t have the best graphics, but made up for it with an enthralling story, lots of stuff to do on the side, and a huge world to explore. Now, imagine that world all high-ressed, and how much disk space that would take up. Technical upscaling limitations aside, if anything about the gameplay or story is changed whatsoever, even a minute insignificant detail, the pitchforks will come out. My next game goes more in detail with this thought, and that game is:

2. Metal Gear Solid. An astounding game, I’m sure you’ll agree. Released in 1998, it really set the bar for storytelling in games (though some will argue that it’s transcended itself from being sublime to being ridiculous with the amount of meta going on in it), as well as opening up a lot of people to a new type of game – the stealth action game.

A number of you are reading this and saying to yourselves, “But Metal Gear Solid was already remade!” And indeed you’re right, it was. It was ported to the Nintendo GameCube a year or two after its initial release, with the sub-title The Twin Snakes. And that’s exactly the reason why it shouldn’t be remade. Again.

You see, Twin Snakes had a lot of things the original didn’t have. Like Y-axis aiming in first-person view. Upped graphics. Ridiculous extensions and scenes modified from the original. All running in the game engine from Sons of Liberty – the sequel. The game largely lost its original feel this way, and the sudden ability to get headshots without the sniper rifle was somewhat game-breaking too. The video below of the famous scene where you meet Psycho Mantis was well executed – and kinda creepy – in the original, but on the GameCube it just turns into a joke, and almost a bad nightmare too. This is exactly why it should never be done again.

3. Comix Zone. An old MegaDrive classic, this. Back in the day, this game was just awesome. Levels made out of comics, with progression through each involved by jumping across from panel to panel, and dying by being erased from the comic.

I don’t think this should ever get a remake either. Back in the day, this game had a lot of attitude, and it was clearly a game for its time, much like Duke Nukem. But would it hold up in today’s market? Evidently, someone would like to think so, as it’s sitting on sale on Steam right now. But the way I see it, games based on comic-book characters are somewhat hot property right now, with Batman’s last outing, Arkham Asylum picking up numerous awards, X-Men: Wolverine’s Revenge being well-received, and the upcoming Spider-Man: Shattered Dimensions looking the business. But they all seem to be going the way of making things more dramatic than fun and light-hearted. This is why a Comix Zone 2010 just wouldn’t hold up. Because “comic” seems to have taken a back seat in favour of “illustrated drama”.

4. Doom. One of the first horror-FPS games ever, and the namer of the term Deathmatch in online gaming, Doom started a revolution in gaming. Given today’s rise in popularity of first-person horror games like F.E.A.R., the Resident Evil rail-shooters and Dead Space Extraction, Doom’s raw in-your-face “horror for the sake of being horror” would look somewhat out-of-place, but Doom 3’s style never really captured what Doom was ever all about. Doom was always about frantic action and shooting anything that dared to move, not tiptoeing around corridors and being scared to turn around corners, although let’s face it, the first time, you probably were a little bit!

The thing with Doom though is that if it’s got a screen, you can play it on it. It’s been ported so many times that it’s hard to find a machine that can’t play it. But the good thing is that, aside from a few obvious mechanical fixes (like the iPhone control system having to undergo a complete ground-up rebuild to suit the touchscreen) they’re all exactly as the game was before. That’s the way it should be done, vanilla wherever possible, but never a ground-up remake.

I was going to mention GoldenEye as number 5 here, but since Activision seem to have jumped the gun on me a bit, there goes that idea. So in a desperate bid for a 5th game to round off this list, I’ve had to go back into the vault and find a game that I’ve actually played that warrants staying as it is. Lots of classics spring to mind, like the Legend of Zelda series, Elite, MULE amongst others. And while I couldn’t find one that I had enough experience first-hand with, I’ve decided to go out of left field and pull out a topically relevant one, while being a sequel more than a remake…: 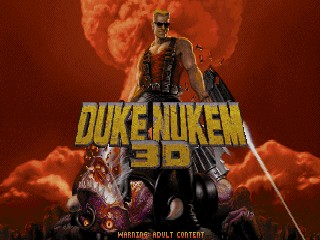 5. Duke Nukem Forever. Seriously, I wish people (myself included) would just let this game go. It’s been dragged out for way too long and should just be left in the past where it belongs. Sure, over a decade of work would equate to nothing in return, but in today’s age, would a parody shooter really sell well? Look at other games that don’t take themselves seriously. Matt Hazard didn’t exactly set the world alight with his throwbacks (though that was due to poor gameplay more than anything), and the more recent Naughty Bear, which.. Well, the less said about it, the better.

A shooter taking the mickey out of other shooters – or in fact, parodying anything – has no place in the market, sentimental value or otherwise. Do we really need another FPS to oversaturate the shelf space with? A new Call of Duty, revamped Medal of Honor, Killzone in 3D, Halo Reach, Goldeneye Wii and Crysis 2 will have the genre in a 6-way struggle for competition, and anyone seriously looking to take a slice out of their pie would really have to pull a multitude of rabbits from hats to even come close to achieving the same level of success.